I’ve changed blog addresses again. The last one was confusing as it was still under the isms press title. This here be the new address.

Angel of Everything by Catherine D’Avis, translated from the French by Kenneth D. Fletcher. This short novel originally appeared in Paris (L’ange de toutes choses: 2012)  Published under the pseudonymous initials “C.A.,” the controversial work received favorable reviews, as well as condemnation. Ms. D’Avis’s writing has been compared to the novelist Marguerite Duras.

LISTEN TO CATHERINE D’AVIS READ AN EXCERPT FROM HER NOVEL 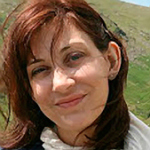 Catherine D’Avis was born in Paris to French parents but grew up in the South-West of England. She studied dance at the Boston Conservatory and…

Launch date of Sensorama: Stories of the Senses is 6th March 2015

The launch date for the anthology “Sensorama: Stories of the Senses” has now been announced. The anthology is edited by Clockhouse London Writers founder Allen Ashley, and published by David Rix’s Eibonvale Press.

The launch will take place as part of the British Fantasy Society Open Night on the evening of Friday 6 March 2015. The venue is: The Blacksmith & the Toffeemaker pub, St. John’s Street, London, UK. In terms of transport: you are recommended to take the tube to Angel station (Northern Line). Timings are fluid – BFS nights usually run from about 6pm to 11pm. The official launch is likely to occur around about 8pm.

There will be hardback copies of the book available at the launch at a guide price of £15 on the night. There should also be cheaper paperback…